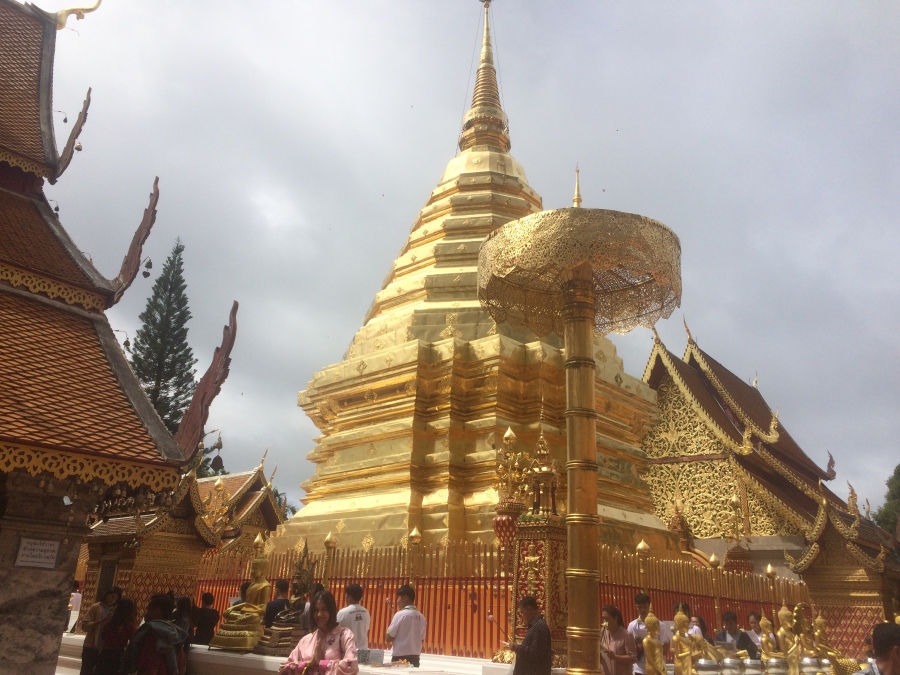 This past weekend I spent three days in Chiang Mai, a city in the mountains of northern Thailand. The trip was planned by CIEE and our transportation and hotel were already paid for by the program cost. So everyone in the program left Khon Kaen Friday afternoon together for our flight to Chiang Mai.

There was only one thing planned the whole weekend with the program so we had time to go off and do what we wanted. I walked around and visited temples in the city Friday afternoon. For dinner I was craving something other than pork and rice or some variation of that. We went to a fun Thai restaurant and took full advantage of the drink menu, which doesn’t extend beyond Chang or Leo beer in Khon Kaen. Friday night we went to Zoe in Yellow, a popular bar for backpackers and foreigners. 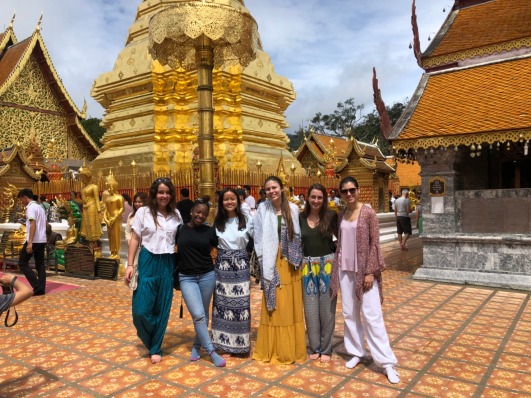 Saturday morning we drove to Wat Phra That Doi Suthep, a temple in the mountains around Chiang Mai. It was a 45 minute drive along a windy road in the back of a hot songthaew but the beautiful temple and views of the city were worth it. Later on a few of us took another songthaew ride to Bua Thong “sticky waterfalls”. We got there late in the day so we had it all to ourselves. It’s called sticky waterfalls because the rocks under the water aren’t slippery and you can climb up. The top of the falls gave an amazing view of the jungle, which pictures don’t do justice. 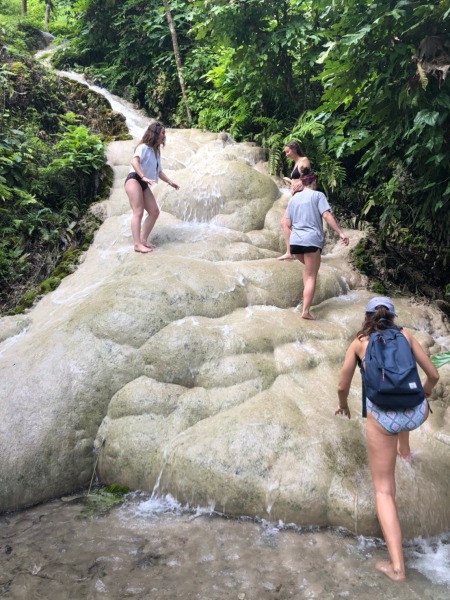 Sunday we wanted to get back into nature and the plan was to go to Doi Inthanon national park and do some hiking. We got up late so our songthaew driver suggested something closer was more realistic. We went to Mae Rim, a district north of Chiang Mai. Our driver brought us to the top of a mountain, which overlooked the hills filled with farms. A few of us decided to explore and went on one of the trails. We bushwhacked a little (whoops) and found ourselves a secluded area with just the views of the mountains and the sounds around us. 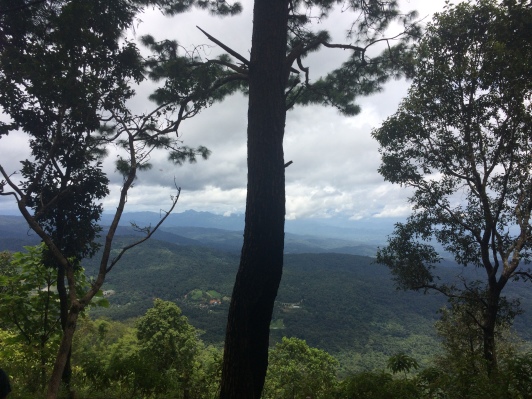 My flight back to Khon Kaen was Sunday afternoon. The trip was a nice getaway to enjoy things I couldn’t get in Khon Kaen but it’s nice to be back in our city, little known to tourists.